This month has been another really good month for freebies with magazines. I decided not to go crazy this month so haven't bought as much as I would like to, but I can see my resolve dissolving pretty soon :) I picked up Red, Glamour and Marie Claire, but I have also seen that InStyle are giving away a Body Shop mascara and a set of two eyeliners (black and navy), Harpers Bazaar are also giving away Leighton Denny nail polishes and Tatler are giving away a pair of sunglasses. 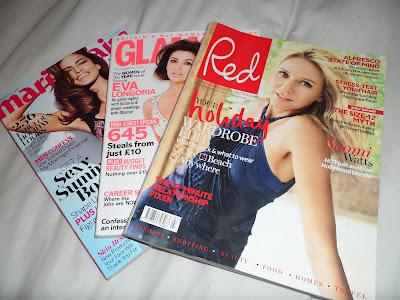 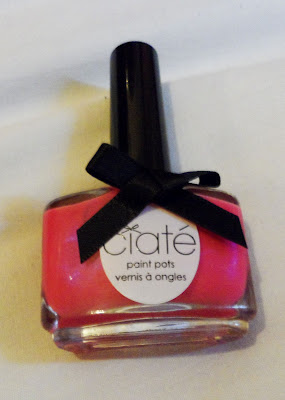 I picked up the Jelly Bean nail polish shade that came free with Marie Claire magazine, but a nude and lilac colour are also available. I have never tried any Ciate nail varnishes before but I have heard good things about them so I was really glad to see they were free with a magazine. I'm actually really tempted to buy another magazine to get another colour too (is that really bad??). Marie Claire costs £3.70 and I bought it on the way up to Manchester so I would probably have bought a magazine to read on the train anyway (I know, excuses, excuses :) ), and a normal Ciate nail varnish costs £9 so really it's a bargain :) 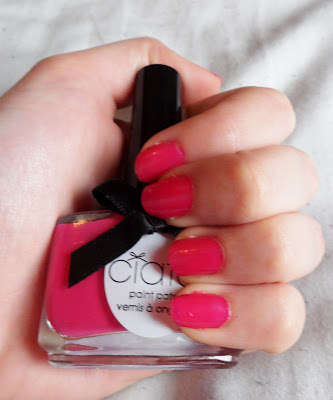 I really like the colour of this nail varnish, is it just me or does the name jelly bean suit it perfectly?? It is quite a bright pink with blue flecks (this may also be just me), and I love it! I don't have another colour like it in my collection and I'm so pleased it was with a magazine because it's such a good way to try new brands at a cheaper price. I also really liked the formula. It only needed two coats and it is so shiny. I will definitely be looking at Ciate nail polishes more in the future, especially because in Marie Claire they have included a code to get 25% off the Ciate range. 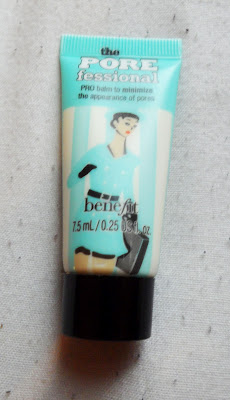 I also bought a copy of Glamour, which came with a sample of the primer Porefessional from Benefit which is meant to reduce the appearance of pores. They are also giving away a sample of the BadGal mascara and another primer That Gal from Benefit too, but Porefessional has been on my wishlist for a while so I was pretty chuffed when I saw this was free with Glamour. Although it is a fairly small sample at 7.5ml, it is definitely enough to see if you like it properly and seeing as an issue of Glamour costs £2, and Porefessional costs £23.50 for 22ml it's really not bad at all! I also want to try and get my hands on That Gal too because I had it when I was a bit younger and really loved it, but I don't think I will get the BadGal issue because I also had that when I was younger and it didn't suit me. I absolutely love Porefessional and I genuinely do think it has reduced the appearance of my pores. It also makes my skin feels really soft and primes my skin for my tinted moisturiser. I imagine I will repurchase this when my sample runs out although the price tag is pretty high.

This month, Red (which costs £3.90) were giving away a Jemma Kidd mascara or a black kohl eyeliner, and seeing as I have never tried any Jemma Kidd make up products and my current No7 eyeliner is on its way out I thought I would give the eyeliner a go. Previously, I have tended to go for the more traditional styles of kohl eyeliner, but this is a bit more interesting.

This eyeliner has a really lovely creamy texture and is very pigmented. It also didn't smudge of its own accord when it was on my hand but it did come off really easily when I used make-up remover. It also has a smudging tool on one end of the eyeliner which I always like to use for a smoky eye. Overall, I like this eyeliner and will use it again. I will also look at Jemma Kidd products more closely in the future. 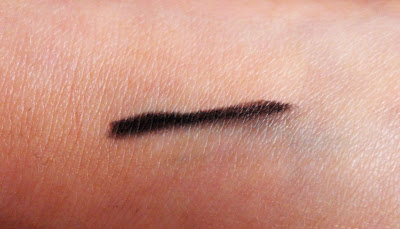